« Have You Appointed Guardians For Your Minor Children? | Main | Charitable Giving Options - Think Beyond Cash »

Cohabitating Couples: Why Some Choose Not To Marry Later In Life

For many, the decision to remain single is a matter of money. A partner who remarries stands to lose alimony, Social Security or a survivor’s pension. 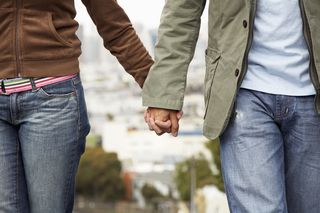 Many cohabitating couples share assets and expenses informally. Attorneys are constantly on their unmarried clients to draw up agreements specifying which partner is responsible for expenses and who will inherit. These casual arrangements can end up in messy legal problems if the couple splits or one partner suddenly dies.

The New York Times advises that to avoid these situations, couples should ask an estate planning attorney to create agreements that will protect both partners. The NYT article, titled "Welcoming Love at an Older Age, but Not Necessarily Marriage," says that even if they don’t draw up formal agreements about living arrangements, some couples will at least sign health proxies that give each the right to make medical decisions for the other.

Regardless whether they sign formal agreements, the article notes that many older couples remain single for financial reasons. Possible medical expenses also can be another problem. How? Under the law, married people are responsible for the debts of spouses. While nursing homes cost more than $14,000 a month in high-cost states, Medicaid covers expenses only after the “married couple” has exhausted most of their assets.

Many couples don't marry because they want to protect the inheritances of children, too. Prenuptial agreements can stipulate who the heirs will be, but partners worry that legal documents may not be airtight or could be changed after a spouse dies. Another fear is that marriage can result in families losing student aid, and some remarried partners insist on prenuptial agreements saying that the stepparent will not contribute to college tuition. Problem: the child loses financial aid anyway, because the prenuptial agreements are between the parents only and they're not binding on schools.

The original article also explains that some couples delay marriage because of Social Security, which states that a survivor is entitled to a share of a late spouse’s benefits. However, survivors who remarry before age 60 lose those benefits. Government pensions likewise will keep some people from marrying. Under the rules, a survivor can be entitled to half of a deceased spouse’s pension. Again, if survivors remarry before age 55, then they would lose that pension.

If all of this sounds complex, know that it is. Be sure to consult an estate planning attorney to advise you.