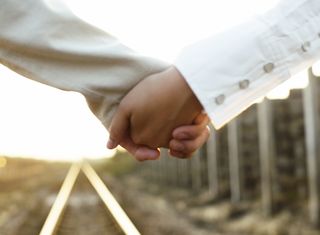 Think you got your retirement all figured out?

Just to be sure, review these retirement myths to get the real deal on your golden years.

You'll probably retire earlier than expected. Although this sounds like a dream, it usually isn't. It's important to be aware of variables such as the size of your retirement nest egg and how many years you'll be saving before withdrawals start. The Wall Street Journal reported in a recent article titled "Five Myths About Retirement" that about 22% of workers say they expect to wait until age 70 to retire, but only 9% of retirees actually retired at that age.

It's not easy to get back into the workplace. Retirees may find it difficult to find new work. About two-thirds of retirees say they plan to work in retirement, but just 27% report actually doing so. Much of this drop-off is the same reason it's more difficult for older workers to find jobs in general. This forced unemployment typically means they will try to find jobs with the same job skills. However, these retirees can't compete with younger and more socially savvy job seekers. Further, employers aren't eager to 'pay the price' for the experience these days. The article also notes that for some the very health issues that prompted early retirement in the first place limit their ability to work.

You'll regret buying that second home. A dream of some retirees is to buy a second home to live in part-time, and eventually sell their primary home. The advice from advisers is "Don't do it." They can be expensive, a hassle, and a mistake, the article says. Who needs the hassle of frozen pipes, neighbor disputes and volatile housing values? This issue is even greater as retirees age and become less able to take care of one house, let alone a second.

Medicare doesn't cover what you think it does. Health costs are a major issue for just about every retiree, but many individuals assume quite incorrectly that once over 65, Medicare will take care of everything. This is so not true. Traditional Medicare covers only about 48% of an enrollee's health costs on average. There are routine costs Medicare usually will not cover, such as eyeglasses, hearing aids, and dental care. Retirees are still required to pay deductibles, which can add up with any chronic or serious illness. The biggest problem: Medicare doesn't cover the cost of a long-term care facility or of home health-care aides. According to the article's sources, the average Medigap premium was $2,200 a year in 2010. However, premiums vary by age. For example, at 80, beneficiaries paid 52% more than 65 year-olds. Medigap policies won't cover nursing home care.

Your budget is unrealistic. A critical element of retirement planning is determining how much money you'll need to keep a comfortable standard of living. Many retirees assume that they'll spend less after they stop working. The article cautions that while lower taxes and the end of retirement account contributions will typically lower income needs, retirees don't account for the general rise in out-of-pocket spending.

We hope we gave you a little something to think about. If you want to discover more about Medicaid planning, join our Lunch and Learn to discover strategies that are best tailored for your situation! Many people spend years planning for retirement and think they have it all figured out, until they actually retire. We’ll talk about this and much more at our FREE Lunch and Learn on Thursday, August 17th in Noblesville, or Wednesday, August 23rd in Greenwood. Click here to reserve your spot today!