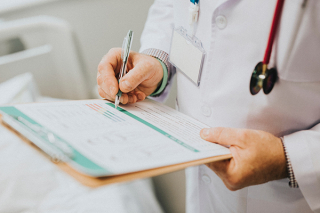 In June, The Hill hosted a Future of Healthcare Summit to address critical issues in healthcare, from the Medicare for All proposals made by Democratic presidential hopefuls to the opioid crisis. Speakers included policymakers, health officials, and industry leaders, on both sides of the aisle. Below are five issues in healthcare which were addressed at the summit.

Sen. Joe Manchin (D-W.Va.), for example, took a critical stance on the idea of Medicare for All at the summit. His statements are summarized here. His concerns are practical; “We can’t even pay for Medicare for some,” he said, referring to an earlier report that Medicare will exceed its hospital insurance fund by 2026. Manchin, accordingly, prefers to fix the Affordable Care Act rather than create an entirely new system.

Another issue discussed at the summit was that of data security. As health care becomes increasingly digitized, the risk to people’s privacy rises, as evidenced by recent data breaches. Lawmakers are responding to these breaches, Sen. Mark Warner (D-Va.) by reaching out to health care groups for input on strategies to improve cybersecurity, and Sens. Amy Klobuchar (D-Minn.) and Lisa Murkowski (R-Alaska) by introducing the Protecting Personal Health Data Act. Read more about this here.

High cost drugs are another upcoming issue in the health care world, discussed in this Hill article. Innovative cures may merit a high price, but some companies are asking such massive sums for potentially life-saving solutions that they are inaccessible to the people who need them. Accordingly, lawmakers are trying to come up with solutions to make these drugs more affordable, such as Sen. Chuck Grassley (R-Iowa), who has considered allowing Medicaid to pay for drugs over time.

In the same vein, Rep. Tom Reed (R-NY.) called for the cost of insulin to be lowered in an op-ed on The Hill, available here; he notes that insulin prices have doubled in the last seven years, and tripled in the decade prior, that out-of-pocket insulin costs can exceed $300 a vial, and that patients are often racking up debt or skipping doses with serious health consequences. Reed is pushing for transparency from insulin manufacturers, and has introduced the SPIKE Act, which would require justification for price hikes. Likewise, Rep. Buddy Carter (R-Ga.) has expressed his concern in a recent op-ed about the prices for drugs which treat cancer, and is also pushing for transparency to lower costs.

Meanwhile, Reps. David Trone (D-Md.) and Donald Norcross (D-N.J.) wrote in to The Hill, responding to issues of addiction raised at the conference. Trone drew attention back to the opioid crisis and its ongoing effects, and described the steps being taken to combat it. Norcross called for enforcement of the 2008 requirement that insurance cover mental health and substance-use disorders to the same extent physical ailments are covered, and for continued funding and new strategies to deal with substance abuse.

From data security to drug prices, The Hill’s Future of Healthcare Summit covered a lot of ground. These issues in health care and the responses proposed to solve them continue to develop. If you have questions or would like to discuss planning opportunities to address your health care needs, please contact our Fishers office at (317) 863-2030 or our Rockville office at (765) 569-1060.

MYTHS About the Affordable Care Act and Medicare

On today's blog, our office would like to share an article out of the "NAELA News" magazine sent to us from the National Academy of Elder Law Attorneys (NAELA). The article is entitled, "Affordable Care Act 2014 Implementation: What It Means for the Elder Law Practice." The part of the article that we find the most interesting is the section that discusses the rumors of how the Affordable Care Act is going to affect Medicare. Please read on and enjoy:

"We must help to dispel any myths that say the ACA will be replacing Medicare and Medicaid. The ACA, instead, has added years of solvency to the Medicare Part A Trust Fund now guaranteeing coverage until 2026. As cited in a recent newsletter of the Medicare Rights Center (http://www.medicarerights.org/resources/newsletters/medicare-watch/archive/9-19-13/,September192013), the top three myths to be dispelled are:

1. Medicare beneficiaries will pay more for their medications under the ACA.

False. While the Part D premium will increase slightly for Medicare beneficiaries with higher incomes (individuals with annual incomes over $85,000 or couples with annual incomes over $170,000), the majority of Medicare beneficiaries have already started paying less for their prescriptions. Over time, the ACA closes the prescription drug coverage gap, or doughnut hole, and according to a recent CMS press release, more than six million seniors have saved more than $7 billion on prescription drugs  at the end of June 2013.

2. Medicare beneficiaries won't be able to see their current doctors.

False. Nothing in the ACA expressly changes the doctors that Medicare beneficiaries can see. In fact, the program has created incentives to encourage doctors to provide primary care, hopefully increasing the number of doctors attracted to this practice area.

False. The ACA has not contributed to the rise in Medicare premiums. In fact, Medicare costs are rising more slowly as a result of provisions in the ACA. Also, according to the most recent Medicare Trustees' Report, the Medicare Part B and D and Medicare Advantage premiums will remain stable through 2013 and 2014 (see http://downloads.cms.gov/files/TR2013.pdf)"

Article: "Affordable Care Act 2014 Implementation: What It Means for the Elder Law Practice" in the NAELA News , Volume 25, Issue 6, December2013/January2014.