When Can You Revoke an Irrevocable Trust?

"An irrevocable trust is a trust generally created during someone's lifetime that is exactly what it says -- it can't be revoked." 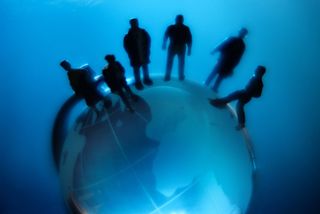 The family has filed a petition to have the teams' owner declared incompetent and overturn his current plan to leave his sports empire to Gayle Benson, his wife of 10 years.

Benson is believed to control the largest fortune in the state of Louisiana. In 2009, he signed a succession plan that would leave the fortune in the hands of his daughter and grandchildren after 87-year-old Benson passes away. However, Benson has since become estranged from those relatives and recently announced he was changing his succession plan to leave everything to his wife.

WDSU has more details on this story in "Fight over Louisiana's largest fortune continues."

This case will turn on the exact wording of the original trust documents.

If the daughter and grandchildren are already vested beneficiaries of an irrevocable trust, then it will be extremely difficult to change the trust to exclude them. This is one of the reasons that many people prefer revocable trusts. However, there are tax trade-offs to be made with the different trusts.

Clearly these are complex matters and weighing the tax advantages against the benefit of flexibility (or lack thereof) requires close examination, a sharp pencil and good judgment. Irrevocable planning should only be undertaken with careful reflection and the advice of experts.

A Failed Attempt To Create a Revocable Living Trust

If you have a revocable trust or living trust, best to check out what’s in it before you, your spouse and your children get a nasty surprise.  And if you don’t have one but still want one, don’t sign anything  that could have come from a vending machine. 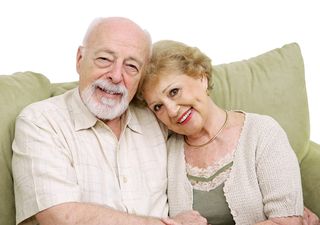 Revocable Living Trusts can provide an excellent way to avoid probate and divide your estate after you pass away. But are they too good to be true? It all depends on where you get your revocable trust. These trusts can have serious flaws if they are not done properly. In an article titled " The black hole revocable trust"  in Smoke Signals, an attorney details one of the flaws that these trusts can have.

The article tells a fairly typical story of a married couple getting a trust at a bank. The bank hands the couple a standard form to create the trust. However, the couple never takes the next step because no one tells them that they need to do so. They never actually put any of their assets into the trust, making it a completely empty trust. It is only when they end up with an issue that they think about the trust, and by then it is often difficult to put assets into the trust.

That is just one problem with standard trust forms you can get from the bank or download online. Another is that the standard forms normally do not contain provisions regarding when significant changes need to be made, such as needing to provide for a new child. You should not rely on standard forms to create your trust. If you do want a revocable living trust, go to an estate planning attorney and get a trust that is customized for you.

Recently, Paul Walker’s father filed to open the estate, including Walker’s Last Will and Testament..  It sheds some interesting information about the Paul Walker Estate and highlights some valuable estate planning lessons.

When it comes to celebrity estates, there are many lessons we can all learn about planning. And although the media tends to highlight planning mistakes made by these stars, the prudent planning by celebrities should not go unnoticed. Forbes recently pointed out some of the sound planning the late Paul Walker did at an early age as he was just stepping into the spotlight in an article titled “Five Estate Planning Lessons From The Paul Walker Estate.”

For example, in his will, Walker left all of his assets to a trust he created.  This can create a much easier and simpler probate process. It was a revocable living trust, which is a very effective estate planning tool. Although it isn't a public record, if Walker went to the trouble of creating the trust, he most likely was concerned about the way that his young daughter would be handed his large estate.

Many young people do live life "fast and furious" and don't think ahead to the future. Take a break and sit down with an estate planning attorney sooner versus later.  You never know when it will be too late.